Everything happens for a reason, we are guided, all we need to do is let go, and FLOW!

Had I not been detained by my side trip to Denia, I would have missed landing on Ibiza on the morning of the Full Moon of June 16, 2008 along with, let’s call the suave royal blood line "Prince Charming", whom I met on the crossing from Barcelona to Ibiza since the season had not yet opened to travel from Denia.

He had been to Africa and we chatted till late and he gladly partook of my wine and cigarettes. Arriving in San Antonio Harbour, we shared the cost of a taxi across the island to Santa Eulalia, at his urging.  He was going to meet up with someone there who had rooms for rent and I went along with him on the prospect that I could likely get one too. We sat at a Cafe waiting for his friend to arrive and had breakfast. Prince Charming left me to go around the corner, on the main street to see if he could find his landlord. I sat at the Cafe surrounded by my voluminous bags, I had sailed transatlantic to get here and there was no limit on luggage, so I had loaded up for my move to my new home. It was hot and I was enjoying an ice coffee waiting for him to return with the good news on the flat for us to move into. I had another ice coffee, and then lunch while I continued to wait. I trusted all was getting worked out.

By around 3 in the afternoon, I had not budged from the same cafe since 8 am and I began to suspect that I had been had by Prince Charming.  At that realization, I sat frozen in fear, for what seemed like forever waiting trying to figure what to do now. It was a moment in time when my demons screamed "what were you thinking would happen?" in my head. I felt the aloneness of not knowing even one soul on the island. I had Facebook friends, but none that I had met personally. I did not know the lay of the land and had built false security around the notion that "Prince Charming" would ease my entry onto this strange land – he had been to Ibiza many times and said he would help me find a place. So much for that plan, I was on my own. Three days of travel to get me from Portugal to Ibiza had me only thinking of bed, but that meant I had to displace all of this luggage... ugh...

I eventually found the courage to ask the waiter if there was a hotel nearby, it appeared my friend was not returning. He pointed to one directly across the street and kept my bags safe while I went to investigate. I felt compelled to take a room at this particular three star hotel because of the sound of House music coming from the kitchen of the restaurant at the ground level. Returning to the Cafe to lug all of my bags across the street, again vowing to never again carry so much baggage. I gradually carried all of my bags to the hotel, checked in eventually, they don't open till 4. I negotiated a weekly rate, then basked in the glory of having found home for the next week at least my just as the sun was setting. I soon met the chef who was responsible for playing the House music as he prepped the food. We became friends as he prepared me dinner every night, while I continued to search for a place to live and work late into the night.

I needed to find a way to get known for my ear work and to share my ancient healing art. I needed to find an "in" somehow, into what appeared to be cornucopia of alternative health cares practitioners on the island. I found two seaside Cafe's at the bottom of the hill from Siesta that had wifi, they served as my office to search for a home with a place to work from. 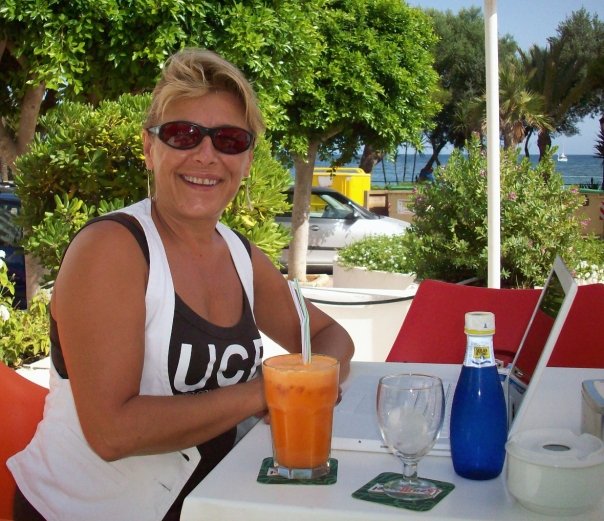 I did not see Prince Charming again for two weeks. He showed up again near the end of June. He looked like he had been beaten to a pulp. His arms and legs were all cut up and his face was badly scrapped and torn. He said he'd had a tragic bike accident the day we arrived when he attempted to take a bicycle down a mountain side to come back to me. He had been laid up because of it since then, and he had come down again to find me as soon as he had become fit enough to cycle again. He was now also looking for a home as the place he was living in was unfit to live.

Prince Charming, unfortunately, became a major nuisance, borrowing money till his transfer arrived(which never did) following me around, joining me at my table, asking me for money, or for a drink. I obliged, feeling bad for the guy, trusting he was of sound character, I mean he was Royalty after all!

My contributions to his cause hit the tipping point one day when he approached me at my seaside internet Cafe office and sat at my table, drinking whiskey from a bottle in a brown paper sack. I, not so kindly, asked him to leave and when he did not I closed my laptop, packed up the office and left the cafe.

As I walked away in disgust, I noticed that two men that I had seen there regularly had witnessed our encounter and I silently hoped they did not understand English. Turns out they were the owners of the Cafe. Later that night I went to "Sandy's" the small bar across from my hotel. It was emitting so much music under my room, I figured I may as well join in the fun and went down for a glass of wine. As I sat down I noticed the two men sitting next to me were the same two men from the Cafe who had observed my last encounter with the "Prince Charming". I hung my head not wanting to remember that moment.

Also turns out they did speak English after all. They jokingly commented on how it seemed I had shaken the parasite they had seen after me earlier. They empathized, and thought I had handled the situation with utmost fineness. They had overheard me mention my mission to find home and work and gave me their business card and suggested I pick up a copy of their magazine to find an "in" for my work there. I tucked the card into my bag and would pick up a copy of their magazine Ibiza NOW the next morning.

Returning to the hotel as the kitchen was closing the hotel chef, Marcel offered me a room at his flat that was to be shared with two other German men. I met with my potential German roomies, and we all seemed ok with me moving in with them.

Trusting in the flow of the Universe, I accepted their invitation and moved out of my hotel room into our luxury condominium 4 bedroom complex in Siesta on June 29, 2008. Equipped with laundry facilities, BBQ facility, 2 swimming pools, a wadding pool and a hot tub! I was on top of the world in my penthouse suite in the complex!

I picked up a copy of Ibiza NOW! magazine - I was impressed! After seeing the caliber of the magazine, I wanted to be featured in it! I fired off an email to Richard, the fellow who had given me his business card, asking to set up a consultation for him poolside, so he could feel for himself what it was I offered and perhaps write something of the experience in a feature article Ibiza NOW magazine. In kind response, he gently informed me he would be more than happy to experience what I offered but that a feature in the magazine was another story since people line up for years to be featured in their magazine.

Undaunted, I made the arrangements for him to come for a poolside consultation to experience being reset to his proper vibration. Richard wanted his feet done as he had experienced this form of treatment in the past when he and his wife had used reflexology to successfully improve fertility to conceive their daughter, 26 years earlier. I gladly did his feet even though my specialty was ears.

He was astounded by the amount of information I relayed to him about his body, spanning over his 60 year lifetime, simply by manipulating his feet. He was extremely grateful for the session, as was I. In parting he guided me to the advertising section of the magazine, where I could best advertise my services to find work. Three days later, he contacted me to say there was an unexpected spot open for copy and that I would be featured with an article on his session with me! The 3 day magic! I was over the top, grateful, in Siesta.

Reflexology ~ Michelle was featured and released in the August 2008 Issue of Ibiza NOW! The icing on the cake, for me, was that I was featured in the same issue with Carl Cox in an exclusive interview!! Carl was one of the first DJ's I ever heard when my eldest son invited me to his birthday party at Systemsoundbar in Toronto several years earlier. Carl sold me on House Music, at the cellular level, that very first time I felt his sound course through my body. BLISS! In fact, that very first time at Systemsoundbar my son and I were featured in the Toronto Eye Magazine dancing in the DJ booth with Carl. That was an experience, and it was not till many years later that I discovered just how rare an occurrence it had been. 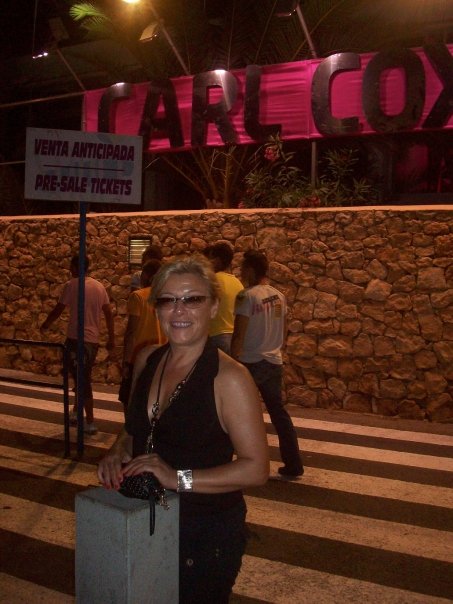 In fact, Carl placed me on his guest list and my friends and I danced to him at Space on August 28, 2008.

The sound, the people and dancing to electronic music is ultimately what led me to Ibiza, which has become my second home on this planet for the last 9 years. When my buns dance - abundance flows. That is my ultimate super power, what's yours?

Always follow your heart, live your dreams, do the right thing.... and remember to Dance!

This site uses Akismet to reduce spam. Learn how your comment data is processed.